Superman: Champion of the Oppressed

I have uploaded some images that may interest those who have read my article, “Champion of the Oppressed: Redescribing the Jewishness of Superman as Populist Authenticity Politics,” Journal of Religion and Popular Culture 29 (2017): forthcoming.   The first four Figures are discussed in the article itself.  I have included some other images and interesting links below them.

I would strongly encourage anyone interested in these matters to visit your local comic book shop and pick up a collected version of these Superman stories, which are immensely entertaining.  Four collections are available at a range of prices: 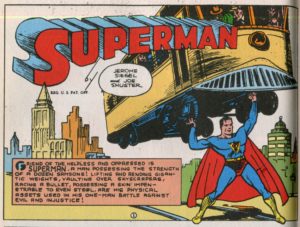 The famous story “How Superman Would Win the War,” which has the hero proclaiming himself to be a “Non-Aryan” is in the public domain and can be found here.

From the very first panel in which Batman/Bruce Wayne appeared, his obscene wealth is emphasized. The villains of Batman stories tended to be common criminals, racialized minorities, the physically disabled, or the mentally ill. Some of these were precisely the types of characters that Superman, by contrast, went out of his way to help. 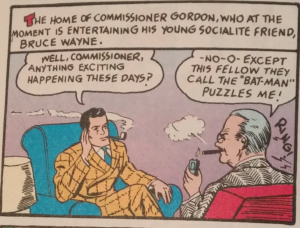 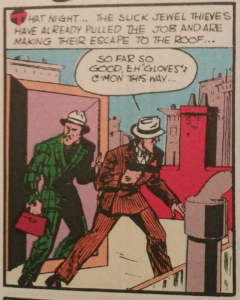 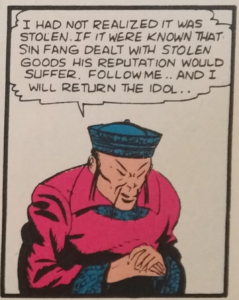 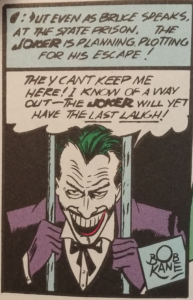 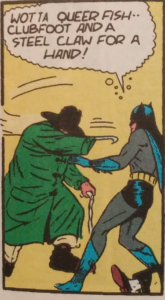 Finally, in a bit of shameless self-promotion, if anyone is interested in reading my other work on the racial politics of Superman stories, you can read it here.